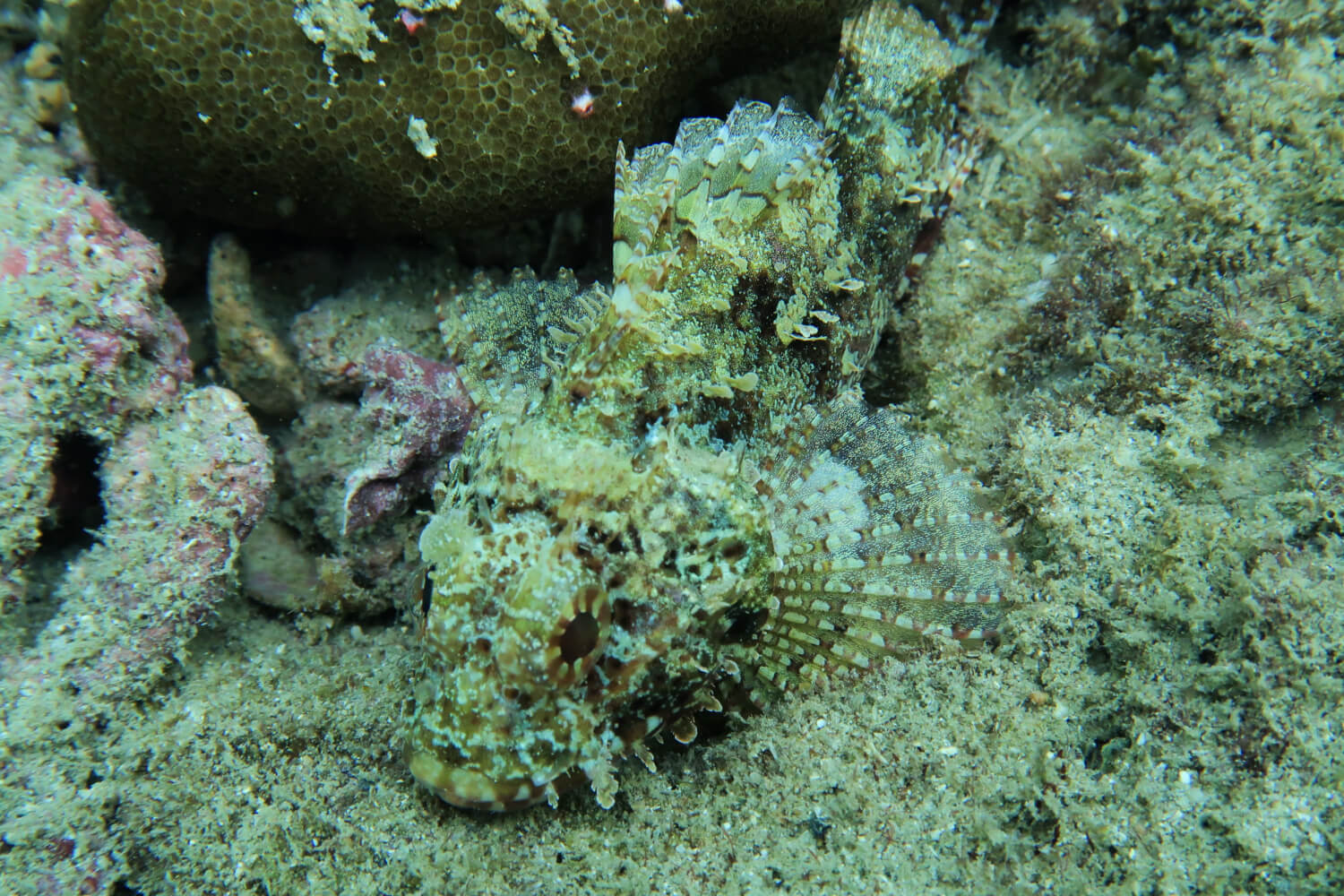 Spearfishing is a dangerous sport, but with the proper knowledge and techniques, you can drastically minimize the risk. Done correctly, spearfishing in most situations can be done quite safely.

This guide will break down the dangers of spearfishing into four categories: Risk of drowning, gun safety risks, the dangers of marine life, and risk from your surroundings. It will also the cover the ways you can reduce and manage all of these dangers.

Drowning is the leading cause of death in spearfishing, but it can be caused by a number of different factors. Here’s how to avoid them all

Shallow water blackout (SWB) is the single greatest risk in spearfishing for both beginners and experienced spearos. SWB is caused by low oxygen in the brain, and it is sometimes also called hypoxic blackout. Essentially, SWB is fainting in the water. A diver experiencing SWB suddenly falls unconscious, usually at the end of the ascent from a deep dive.

To avoid SWB, you should follow all freediving best practices including:

The above will help you reduce the risk of SWB, but you cannot eliminate it. SWB can strike at any time to divers of any experience level, and it usually hits with no warning. The way to eliminate the most of the danger is to:

It’s obviously important to be a good swimmer and in good physical shape for spearfishing. You should be able to swim a long-distance or tread water to stay afloat even if you somehow lose your mask and fins. The biggest drowning risks occur from:

speargun accidents are the easiest to avoid, and there is honestly no excuse for them. If you handle your gun properly, you will never have any accidents or close calls. Follow these speargun-handling best practices and you’ll always stay safe:

This is probably what most people assume is the biggest risk, and it’s true that there are a lot of creatures in the ocean (and in fresh water) that can kill you. However, marine animals are actually a much lower risk to spearos than the other dangers in this guide. Still, they need to be accounted for. Here are the biggest risks:

The risk of a shark attacks while spearfishing

When your friends ask you about spearfishing, sharks almost always come up. People have such a deeply-ingrained fear of sharks, but the truth is that the risk is pretty low. With that said, spearing a fish puts blood in the water and a panicking fish sends out electrical impulses that sharks pick up on even over long distances. These two things do often attract sharks.

For the most part, sharks see you and want nothing to do with you. You are not their normal prey and the risk in attacking you is a risk they’d rather avoid. In their excitement they may come in pretty close, and you will want to have your gun to prod them away. If there are sharks around and one guy is fighting a fish with no gun in hand, the dive buddy should be right there with him defending against sharks if any come in close.

This might sound nuts, and it kind of is. You do see it pretty often with a lot of spearos on YouTube, especially Australians. You can see it in this clip from the awesome Youngbloods YouTube channel, and there are plenty more videos of these encounters if you want to see more.

Honestly, the risk is low but not nothing. Most people probably aren’t ballsy enough to literally be fighting off sharks to protect their catch. If you see sharks hanging around where you’re spearfishing, it’s probably best to move spots.

Lastly, in any areas where there may be sharks, it’s best to get your fish out of the water as soon as possible, and bleed them out on the boat or shore.

Risks from your environment

Most of the biggest dangers of spearfishing besides shallow water blackout come from your environment, especially when you are around structure like oil rigs, bridges, piers, shipwrecks, and caves and swim-throughs. Basically, unless you’re pretty experienced and very comfortable in the water, you shouldn’t be spearfishing these areas.

These types of structures have a lot of additional risks. For one thing they are magnets for fishing line and nets and have very high entanglement risk. In any tight spaces, one panicked fin kick can reduce visibility to nothing in an instant. Finally, the risk of a head injury while surfacing, especially around oil rigs, is one of the most deadly in all of spearfishing.

Don’t try diving these areas until you are a comfortable diver, and even then it’s best if you can find more experienced spearo to show you the ropes.

Yes, spearfishing is dangerous, but it is absolutely worth it

Everyone has to decide for themselves if spearfishing is an acceptable risk. That said, the risk is mostly manageable and when done properly, spearfishing is actually pretty safe in most environments. Start slowly, try to go out with more experienced spearos, and know the specific risks of the local area you’re in. The risk can be greatly reduced, but never eliminated. For most of us, that’s part of the fun 😉