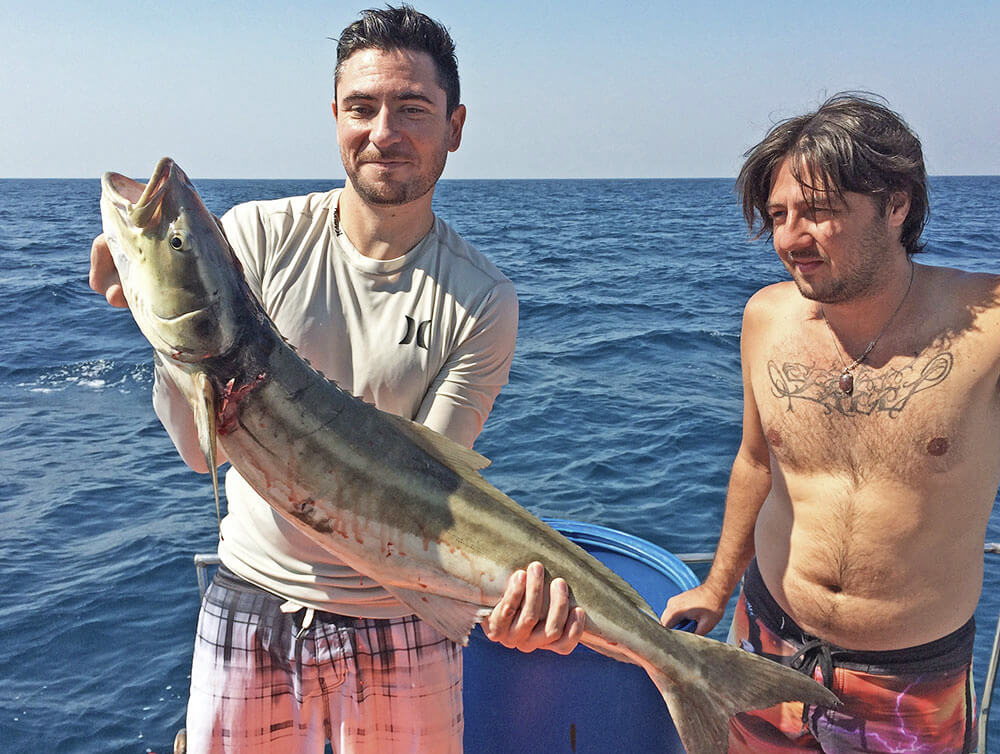 Some people who are considering getting into spearfishing or who are curious about it have questions on the ethics of it. This is understandable as the fish certainly do meet a violent death. However, compared to just about any other way of procuring meat, spearfishing is as ethical as any method you’ll find.

To answer these questions though, we do need to add a caveat. Spearfishing can only be as ethical as the person who practices it. As an analogy, you could say that planting trees is ethical and environmentally friendly, but looking at a habitat where an invasive species took over, you can’t say that planting any tree, anywhere is ok. How you spearfish matters.

In this post I’ll try to address the overall ethics of spearfishing, plus its humaneness, and environmental impact.

Unless you believe that killing and eating animals is wrong, then the only answer to this question must be that yes, spearfishing is an ethical activity. I’ll get more into the humaneness and ec0-friendliness of spearfishing below, but hunting animals is something that humans have done since the time we became a species.

When you spearfish in an ethical way, you are only taking adult fish who have had a chance to live a wild and free life. Importantly, they have also had a chance to reproduce. A good spearo lives by the motto “take what you need, not what you can”, and that’s important. While spearguns are fairly low tech, they are deadly efficient and a halfway-decent spearo can take a lot of fish pretty quickly if he or she tries. (See my post on How a Speargun Works to learn more)

An ethical spearo can pass up shots on vulnerable species, often letting even prized fish live to spawn more offspring. They can also be selective, taking just one or two of any given species from one spot before moving elsewhere. Spearfishing, done correctly, can be the definition of sustainability, taking a small number of fish while letting the fishery sustain itself and thrive.

Most spearos, like land-based hunters, have ideas of ethics and what is and isn’t “sporting”. Spearos in general frown upon using scuba gear, preferring to limit themselves to the amount of underwater hunting they can do on one breath of air.

The humaneness of spearfishing informs the ethical question, but I believe it is its own separate issue. There is some debate about how much pain fish can actually feel, but for this argument, we will ignore that entirely and assume that their survival instinct and strong aversion to death is itself a form of pain.

Here is how a fish dies when it is taken by an ethical spearfisherman: The fish is shot and the steel shaft of the spear goes through its body. Often, the spear will penetrate the brain and the fish will die instantly. If not, then the spearo then has to fight the fish in. A good spearo will then stab a knife into the fish’s brain, killing it. This is done both for ethical reasons, and to improve the quality of the meat.

With a smaller fish, death usually comes within a minute of being shot. With bigger game fish, the fight can last longer and it could be ten minutes before its demise. The same is true with rod and reel fishing, although there is an argument that being hooked through the mouth is less traumatic than being impaled by a spear.

It’s impossible to ensure an instantaneous death when hunting any wild animal and the end is usually a violent one. This is true in all of nature though. Aging caribou don’t die of old age, they get slow, and are thinned out from the herd by wolves or mountain lions. Death in the wild is typically violent.

With domesticated animals, it is possible to kill them instantly, and even without them seeing it coming. The tradeoff though is that the control that makes this possible lasts their whole life. An animal’s strongest desire is to procreate. Domesticated animals often never even have a chance to fulfill this urge. Wouldn’t you rather have a wild and free life and meet a short, violent end, than live a life of domesticated control?

Most wild fish eaten by humans aren’t caught by spearos, or by rod and reel fishermen. The vast, vast majority is caught in nets, where they may suffer for hours, and then left to die a slow death by suffocation on the deck of a boat. I won’t go too much into the fact that slavery is rampant in the commercial seafood industry, but I believe that eliminating slavery from your food’s supply chain by spearfishing counts for extra points in the ethics department.

To keep this balanced, I should acknowledge that sometimes you shoot a fish and it gets off the spear. This fish will most likely die. A fish can also swim under sharp rocks or coral that sever the shooting line, letting the fish escape with the spear stuck through its body but with little chance of survival. It’s in the spearo’s interest to maintain his gear and aim her shots in the way to make this least likely, but it does happen. I don’t believe there is any method of hunting that ensures an animal is either killed or can escape harmlessly. This is no different in spearfishing.

Compared to any other type of fishing, the answer to this question is a resounding “yes!”. With spearfishing, you see the fish before you shoot it and have the choice to take it or leave it. This doesn’t happen with rod and reel fishing, and consequently, fishing hooks take juvenile fish and non-target species as well.

Even worse is commercial fishing which scoops up literal tons of non-target species, which is innocently called “bycatch”. Bycatch doesn’t just include other fish species, but also sea turtles, sharks, and dolphins as well. Commercial fishing also leaves huge amounts of netting tangled on the seafloor where it can continue killing fish for years.

A speared fish often panics and divebombs the reef, and this occasionally does some minor damage to corals. This is a knock against spearfishing, but it can happen in rod and reel fishing as well. This damage is nothing though when compared to the devastation that commercial trawlers wreak on coral reefs and other seafloor habitats.

When done properly, spearfishing is simply the most environmentally way to catch fish.

If you’re weighing a personal ethical decision about whether or not to spearfish, well, only you can make that call using your own values system. If you are a vegan, then obviously you’re not a good candidate to become a spearo. Anyone who eats seafood caught by any other means though, should be able to spearfish with a clean conscience.